Our residents in February 2022 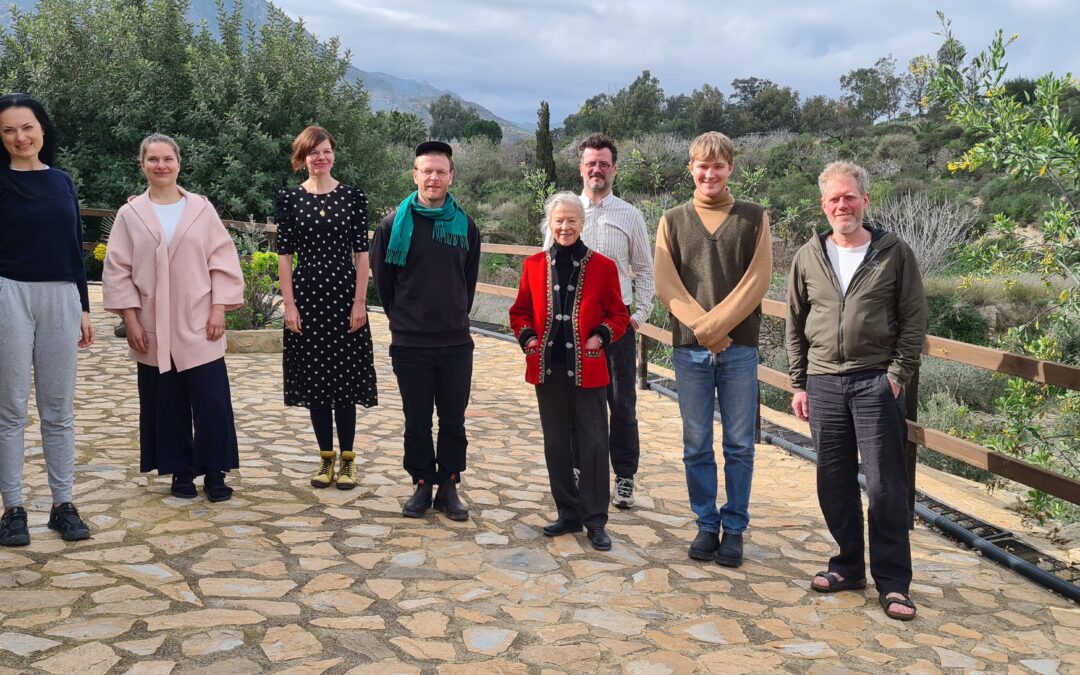 The Artists-in-Residence in February 2022 were:

Elena Mironov is a Zurich-based composer, worked on her new album at the VF. Her minimalistic style is moving and emotive, evoking a cinematographic imagery and engaging in a world of sound.

Maria Judov, Slovak visual artist particularly interested in exploring the intersection of digital and performance arts. Along with  Ivana Mer –Slovak musician and composer–, collaborated on an audio-visual performance for the album Earth, which is about the exploitation of mother Earth, calling for the union of hearts to make our home last. During her stay, Ivana received the commission to compose the music for the Slovak National Classical Radio programme «Devín», which fuses poetry, drama and music.

Andreas Rasmussen is a Danish visual artist. During his stay at the VF Andreas worked on a series of reliefs based on digital 3D-scannings and models taken from various VF objects. The reliefs function as a merge of different imagery with a composition and final output in a rather abstract visual expression. The digital works will later be 3D-printed and cast in bronze.

Peter Hammer is a Danish film director. He worked, along with  Anders Villadsen in their new feature domentary work-in-progress, Revir. Peter explains: «In cinema a more sensitive artistic explorative mode can sometimes succumb to the production paradigm. Our stay at Valparaiso Foundation allowed us time, space, and sanctuary to sink into the body of footage that I’ve shot. In a sense, these few weeks will make up the foundation of our film».

Jeppe Ugelvig, Danish curator and culture critic, worked in his new exhibition  Tønder Kunstmuseum (April 2022).The show looks at the concept of “Angst,” and features a broad range of historical and living artists, from Edvard Munch to Sandra Mujinga.

Anders Villadsen, Danish film editor, worked with Peter Hammer in their new project, Revir. Misfit siblings, Susie and Sune, try to make it in the taxidermy business and struggle with their own nature to find their place in the world.

(Photo: from left to right)

The foundation offered the perfect setting for contemplation, research, and productivity, Jeppe Ugelvig